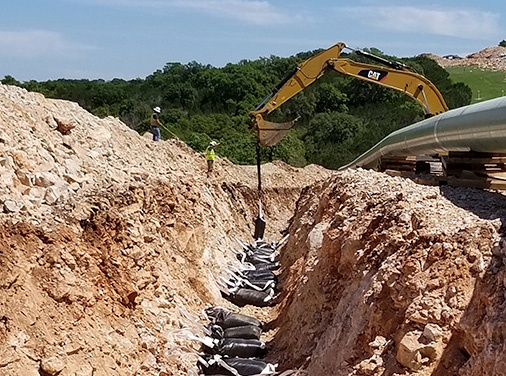 What are SOFT-SET Pipe Supports?

SOFT-SET pipe supports keep your pipeline protected from damage caused by surrounding rocky terrain. When new pipe is laid, it is often surrounded by rough, rocky terrain that can scratch, dent or otherwise damage it. Not only does this preventable damage result in a heafty repair bill, it also leaves the pipeline vulnerable to further corrosion. SOFT-SET pipe supports positioned underneath the pipeline eliminate these headaches for operators.

SOFT-SET Pipe Supports: Keep Your People Out of the Ditch

The strong polypropylene fabric on each SOFT-SET bag eliminates stress points by evenly cushioning and protecting the pipe from underneath. They have no sharp edges often found on other rigid pipe supports, so they cannot scratch or create stress points on your pipe. Additionally, they are laid with no personnel required in the ditch. 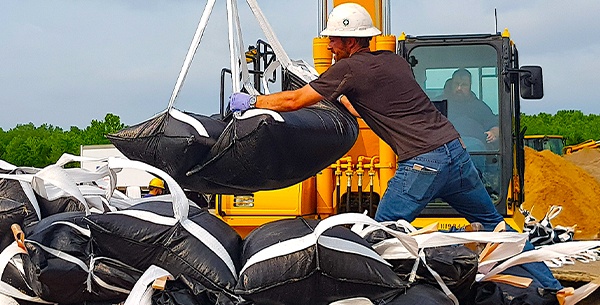 The Story Behind SOFT-SET Pipe Supports

In 2017, a customer contacted Allan Edwards about several issues hampering right-of-way productivity for the Atlantic Coast Pipeline. The operator had restricted the approved pipe supports to sandbags. Hand-tossing enormous quantities of sandbags in the ditch before laying the pipe was proving not only labor intensive but also injury-prone from the manual effort needed. As an established and trusted provider of geotextile pipeline weights, the customer reached out to see if Allan Edwards had an alternative product that could get the job done without such backbreaking labor. We had no ready-made alternative, so we decided to create one.

Within several weeks, a prototype of the SOFT-SET pipe support was developed, and final testing was approved within months. The resulting bags were roughly ten times the size and weight of a regular sandbag, with specialized straps to ensure hands-free laying. One SOFT-SET pipe support could quite literally do the job of an army of sandbags. Each bag utilized the same strong polypropylene fabric as our geotextile pipeline weights, ensuring these supports would not impede cathodic protection. Once approved by the operator, SOFT-SET bags became the new exclusive pipe support for the project. 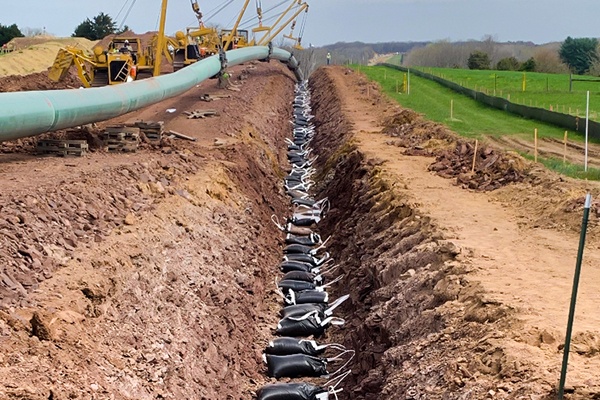 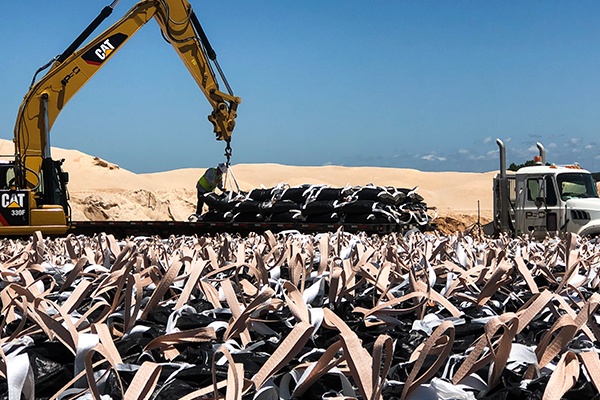 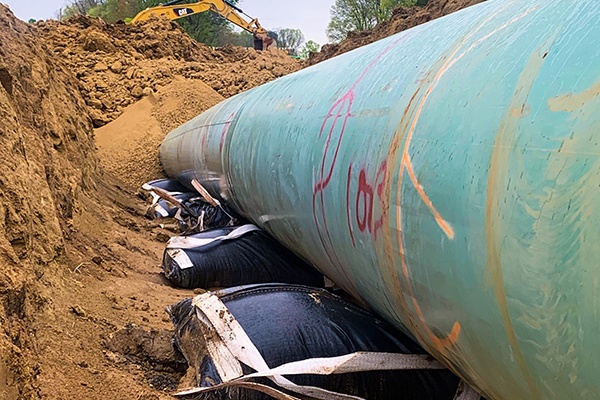